With the benefit of hindsight, the Stinger Daniel Bryan got doing the missile drop kick vs.

Randy Orton several months ago should have been the wake up call. Mike turned heel and joined Team Canada and at a Nitro he presented the rest of us in Team Canada with his bus, which was repainted red and white like the Canadian Flag. In WCW at the time, there was an agent assigned to each segment of the show, and they would give us a copy of the page that covered our segment written by the writers. When they gave me the sheet covering the backstage segment where Mike gave us the bus, I laughed at how absurd it was. It said something to the effect of. Storm puts bus over huge! So as we were walking out side to shoot the Bus presentation segment I turned to Tylene Buck Team Canada member and quietly said to her, "When Mike presents us with the bus I'm going to slide underneath the bus, drop down and make the 3 count.

I'll be doing a big fan meet and greet deal during the day and wrestling that evening. My wrestling appearances are getting rarer and rarer so if you are interested in seeing me work don't miss your chance, there may not be many or even any more. If there is someone not listed you might want to see me face you could tweet that too, I'll take it under consideration. I still get a lot of people asking me about when I'm going to get back to reviewing WrestleMania Events.

I assure you I will as soon as I can.

My current daily schedule consists of getting up at 7: I drop my daughter and her friend off at school and head right to SWA. I'm at SWA for approximately 4 hrs, and in class I do everything with the students. They of course went ahead with the idea anyway and to make matters worse, because they always over booked the shows, they tried to send Kidman and I to the ring before the Filthy Animals had gotten in the ring and done their promo to explain why Rey and Juvi were dressed like us. When they tried to send us early, I refused pointing out that they hadn't yet explained why they were dressed like us.

I waited as long as possible and let them do most of their promo before heading to the ring. MIA also did a parody gimmick of me, but at least that was after I'd been in WCW for a while and had fully established myself. The fact that I was only on WCW TV for 10 months and they did the parody gimmick twice tells you how badly Russo and Ferarra were for retreading angles and gimmicks.

Someone had decided, at the last minute, that I was going to be in the US Title tournament so they needed to wrap up my tag team with Kidman. This was so last minute that we did the entire program in one show.

In I think segment 3 of Nitro, Kidman and I had a tag match and, if memory serves, I for no reason what so ever, decided to ask for the Canadian National anthem. Yes we'd started my next angle before we even started wrapping up the old one. Kidman joked and screwed around behind me back during the National anthem and I ended up walking out on him during the match leading to him get pinned, breaking up the team.

Our blow off match was then booked in I believe segment 7 of that same show. 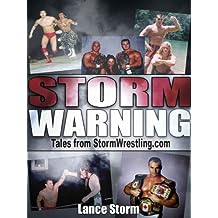 Yes the tease of dissension, the break up, and the blow off match spanned a total of maybe 1 hour. To better illustrate their well thought out plans I was originally booked to win the blow off match, because I was the one going on to the US Title tournament a tournament I would win and Kidman had nothing going on of any significance.

Somewhere between segment 3 and segment 7 someone realized that if I won the blow of match Kidman would be getting pinned and losing 2 matches in less than an hour on 1 show. This seemed a little strong so they switched the finished and Kidman pinned me, to send me off to my big push with no momentum what so ever. An Ambulance match is usually a blow off type match to end a big feud because one man has to beat up the other guy so bad that he is able to stuff him in the back of an ambulance and send him off to the hospital.

I was in Guerilla backstage area right behind the curtain where they send time cues to the refs, cue music and send the guys for their entrances. Mike Awesome went to the ring first and I was standing backstage with Booker. As Mike is standing in the ring Booker is waiting for his music to hit and I hear Ed Ferrara, who was the one giving time cues, send word to the ref to tell Mike Awesome to "Take it home" go into the finish to end the match I looked and Booker, Booker looked at me, and I asked him, How is Mike going to do the finish with you standing back here? Booker of course had no idea and just shrugged.

His music finally hit so he could do his entrance, with the realization that the people in charge already wanted this match over, and it hadn't even started yet. That said heat is heat and in WCW the prominent weather trend was leaning towards frost. Again due to over booking and over writing the show segments were always getting cut short.

At one point before going to the ring for a promo, I was specifically told to ignore the crowd reaction and talk quickly in order to get the promo done quicker.