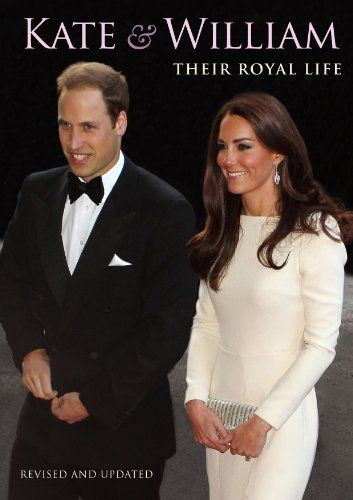 It was asked at a press conference ahead of a Princess Diana memorial concert — and now it has resurfaced online, The Sun reports. In the unbearably awkward footage which also featured Prince Harry and singer Joss Stone, the reporter asks Will: How are things going with Kate? Will — who looked a little bit mortified — responded: Having now been married for seven years — and with three children: Having met at the University of St Andrews, the couple were together for four years before the relationship ended.

The pair watch a rugby match in February Speaking about their mutually agreed breakup in their engagement interview before their wedding, they admitted it was for the best. The new mum was the picture of happiness as she carried baby George, who was three months old, to the church. The baby boy was dressed in a traditional cream gown, and was as good as gold during the ceremony. Eight months into motherhood, Kate was clearly thriving in her new role.

She and William decided to take their son Prince George on his first official long-haul tour to Australia and New Zealand in April — the same trip William made as a baby. As Kate carried George off the plane in Canderra, Australia, the new mum smiled to well-wishers, while her son looked slightly more sleepy having woken from his nap. Kate gave birth to her second child, Princess Charlotte of Cambridge, at 8: The now fourth-in-line to the throne weighed eight pounds three ounces.

Kate looked beautiful as she briefly presented her daughter to the crowds, just hours after giving birth at the exclusive Lindo Wing, the same suite where she delivered Prince George. The mum-of-two was radiant in a floral yellow dress and fussed over her daughter as she waved to the crowds. Two months after giving birth to her daughter Princess Charlotte, Kate and her family stepped out for the baby's christening. The Duchess looked elegant in a white dress, and waved to well-wishers while pushing an old fashioned perambulator to the church on the Queen's Sandringham Estate.

Kate and her husband William had chosen to have their little girl baptised in the same church as Princess Diana. Big brother George also made a heart-warming appearance and was pictured talking to the Queen, who he calls "Gan-Gan. The pair were attending a lavish state banquet — Kate's first — that was held at Buckingham Palace in honour of the royal family's Chinese guests.

The Duchess shared a toast with the politician following the Queen's speech. Making her glittering banquet debut, the sumptuous affair also marked Kate's first big glamorous night out following the end of her maternity leave. The royal trio dazzled as they arrived at the Royal Albert Hall to watch the much awaited premiere of the new Bond film, Spectre.

Flanked by the two dapper Princes, Kate stole the show in a pale blue Jenny Packham gown. She had her hair intricately styled into a stunning updo, and accessorised with a silver clutch bag. A keen champion of children's mental health, Kate spent the day guest editing The Huffington Post in February The Duchess was showing her support for the publication's Young Minds Matter initiative, which was designed to raise awareness for children's mental health issues.

Kate penned a blog post on the site, writing: We know there is no shame in a young child struggling with their emotions or suffering from a mental illness. Ahead of William and Kate's royal tour of Bhutan, there was much hype surrounding the fact that the couple would finally meet the king and queen, who are dubbed the "William and Kate of the Himalayas". The two couples got on formidably well and no doubt exchanged stories about their children. The king and queen recently welcomed their little prince in February and will have gladly received tips from William and Kate.

The Cambridges gifted the queen a framed rose, named after her, while Kate in return was given a necklace. There were doubts whether the couple would recreate the same pose as Diana, who was famously pictured sitting on a bench outside the sacred monument in , but William and Kate willingly obliged. An aide later explained that William and Kate wanted to pose on 'Lady Di's chair' because it was what "all tourists do when visiting the Taj Mahal".

The Cambridges had decided to move back to the capital so that George could attend Thomas's Battersea junior school, while his sister Charlotte enrolled at Willcocks nursery. Kate, who was pregnant with Prince Louis, was suffering from severe morning sickness and sadly had to skip George's first day of school, leaving Prince William to do the school run himself. Royal fans were given a clear look of the Royal Family Order - a brooch pinned to her dress which was a gift from the Queen.

Prince William and Kate's first tour in Canada and the US

The brooch is painted with an image of Her Majesty, and made from glass, rather than the traditional ivory. This was the second time Kate was seen wearing the special gift, the first being in December when she attended the Diplomatic Corps reception. Prince William and Kate made an appearance on the steps of the Lindo Wing for a third time in April , when they introduced their third child, Prince Louis, to the world. The couple briefly posed for photos, with Kate saying she was worried about her baby son getting cold.

Three months later, Louis was christened at St James's Palace. The Duchess of Cambridge paid a touching visit to Evelina London Children's Hospital on Tuesday morning, just moments after her patronage with the The Duke and Duchess of Cambridge have hosted a Christmas party at Kensington Palace for the families of military personnel serving in Cyprus over the Back Next This year's royal family Christmas lunch will include two new additions.

Kate and William: Their Royal Life by Marie Clayton

Let's take a closer look at her first seven years of royal life, starting with… First official duty as a married woman: May Just one month after their wedding and returning from their honeymoon in the Seychelles, Prince William and Kate carried out their first joint engagement as a married couple.

July Kate and William clearly had their time of their lives during their first ever overseas tour in July , just three months after their wedding.


October The Duchess made her first ever solo engagement when Prince Charles had to pull out of a charity dinner for In Kind Direct in October November Kate joined Prince William on her first joint humanitarian mission to Denmark in late First Christmas as a royal: Queen's Diamond Jubilee celebrations: Announcing her first pregnancy: December Kate spent three nights at King Edward VII hospital following her struggles with acute morning sickness in December The Queen's 60th Coronation anniversary: June With just a month to go before her due date, Kate showed off her fantastic maternity style at the service of celebration for the Queen's 60th anniversary of her coronation.

October At the christening of her first child in October , Kate was a vision in a white dress and fascinator. The couple's first royal tour with Prince George: April Eight months into motherhood, Kate was clearly thriving in her new role. May Kate gave birth to her second child, Princess Charlotte of Cambridge, at 8: July Two months after giving birth to her daughter Princess Charlotte, Kate and her family stepped out for the baby's christening.