Ashes of the Tyrant. Night of the Hunter. Island of the Elves. Fire in the Blood. Supernatural - Children of Anubis. The Sea of Death. The Thieves of Blood. Temple of the Dragonslayer. Return of the Sorceress.

Never Fear - The Tarot. Forge of the Mindslayers. A Strange and Savage Garden. The Beauty of Death Vol. The Way of All Flesh. The Mouth of the Dark. Love, Death, and Madness. A Kiss of Thorns. How to write a great review. The review must be at least 50 characters long.

Unfortunately, word has come from Warlord Bergerron: While Lidda thinks this may be for the best, her uncle Elidyr is much more reluctant. With the help a refugee from Xoriat, a dolgaunt named Sinnoch, Elidyr has nearly completed the creation of a device that will make the bondings much more effective.

General Brochann gives permission for one last test. Elidyr and Sinnoch can use their device, called the Overmantle, to try one more time with the four remaining symbionts they have on site. Unfortunately, Sinnoch has a secret agenda. Osten, now healed by Ksana, volunteers for the new experiment along with three other Karrnathi troops. Elidyr activates the Overmantle, but things to not go as planned.

Not only do the four symbionts a tongueworm, a crawling gauntlet, a stormstalk, and the tentacle whip instantly take control of their subjects, but the Overmantle punches a small hole between Eberron and Xoriat. Sinnoch has used the device to allow his master, a daelkyr lord named Ysgithyrwyn, to cross the planes. Elidyr, realizing Sinnoch's plan, disables the Overmantle, but not before Ysgithyrwyn reaches through the portal, touching Elidyr in the forehead. Elidyr's mind is instantly warped by Ysgithyrwyn, and he goes mad.

Over the course of the fight, Osten is killed, and the tentacle whip attaches to Lirra. Lirra is just able to retain control, but finds the tentacle whip hard to fight within her mind. The other three Karrnathi volunteers are killed, and their symbionts bond with the now-crazed Elidyr. While the others are hurt, Elidyr flees the Outguard, with Lirra in pursuit. While Elidyr's experiment was falling apart, the Outguard was being spied upon by a shifter named Ranja, an agent of rival Warlord Arnora Radkogr.

When both Elidyr and Lirra fled the Outguard, Ranja decided to follow. In trying to stop the ensuing madness, Lirra becomes bonded to one of the experiments, a symbiotic tentacle whip with a will of its own. Maddened by his connections to Xoriat, her uncle and his sudden forces of symbiotically bound soldiers threaten all Lirra once stood for. But stopping them means she'll have to gain control of the tentacle whip.

A blend of fantasy, horror, and military fiction "Lady Ruin "brings a whole new view to the post-war world of Eberron. With a Lovecraftian bent, this adventure will send chills up your spine. Paperback , pages. Published November 30th by Wizards of the Coast first published January 1st To see what your friends thought of this book, please sign up. To ask other readers questions about Lady Ruin , please sign up. Lists with This Book.

Jan 12, Seth rated it it was ok Shelves: I had high hopes for this, but was kind of let down. While it did take an interesting look at symbiots, the story felt to compressed. The way some characters came together seemed a bit forced. By the end if felt more like a set up for a series than the end of a standalone novel. Feb 15, Craig rated it liked it. Waggoner always delivers an entertaining story, so I enjoyed this one despite the shared-world with which I was not especially familiar. It's a good escapist fantasy. Dec 07, Travis rated it it was amazing Shelves: He has written a vast amount of other novels.

He has written a vast amount of short stories for various anthologies and magazines, and has two story-collections titled All Too Surreal and Broken Shadows.

Lirra Brochann and her family have served the nation of Karrnath during the Last War. When that war ended, her father and uncle were put in charge of a project to create a new kind of weapon by fusing an aberration called a symbiont to a warrior, with the hopes of creating a type of super soldier.

However, aside from one case, the trials and experiments have all met with failure. The warlord who is funding the project decides to pull the plug after catching wind that news of their experiments have found other warlords ears. Desperate to continue the experiments, Lirra's uncle, Elidyr, talks his brother into trying one last experiment. Lirra's father, Vaddon agrees with the condition that Elidyr has one day to get the experiment under way.

However, things don't go as planned. After a portal to the Plane of Madness opens too wide, things go horribly wrong. A daelkyr lord almost enters into the world of Eberron, but is only able to corrupt Lirra's uncle before the portal closes. After madness consumes her uncle, he escapes into the night with three symbionts attached to him. Before he can make his escape, a symbiont attached itself to Lirra as she runs after her uncle, but is unable to stop him from escaping.

Now she has to fight a battle to remain in control of the symbiotic tentacle whip and use the whip's power against her uncle. However, the whip has a strong will and Lirra could lose herself to the symbionts corrupting influence. The only bad thing about Lady Ruin was Rhedyn. Rhedyn is in love with Lirra and was the first successful attempt at combining a symbiont to a human.

The problem with Rhedyn is that he is poorly developed and could honestly have been removed from the story without causing any difference in the outcome. The only reason he was in the story was to give Lirra a love interest, but it never came across as such. This is due to Lirra and Rhedyn never really talking together for the majority of the novel. In fact, there never seemed to be anything resembling love or lust between the two characters. It had to be told in the story, instead of shown. That could have been because Rhedyn was mostly in the background for almost the whole story, but I really expected something more to come of this.

There is a part of the story where Rhedyn does become truly unbearable, and that's towards the end. However, I can't say much about it, else I would give away a few things. I will say that his motivation for doing what he does is pathetic and almost juvenile. It's almost like he is acting like a child who can't get want he wants so he goes to extreme measures to do it. It's really pathetic and from that point on, I just didn't care about him.

In Sinnoch's case, it was obvious he was a villain. Being a dolgaunt, a creature from the Plane of Madness, it was written in stone that he was going to do something bad. He did have a good quality about him however. He was pretty mad and disturbing in some scenes so that did add some interest in him. With Osten, he just never really developed.

The Truth About the McDonald's Coffee Lawsuit

He could have been an interesting character, but he doesn't seem to really do much until the end. He's loyalty to Lirra seemed to come from nowhere, but in the grand scheme of things it's understandable.

With Ksana, she's just your normal cleric of the group who is more like a part of the Brochann family. That's all she really is. 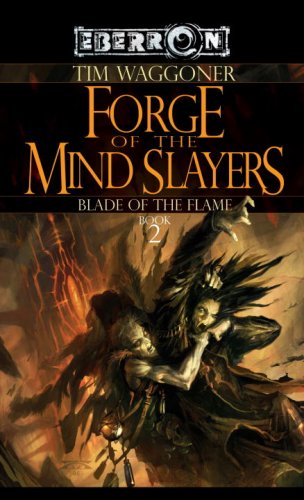 She does have some good scenes with Vaddon, but aside from that, she just seemed to be there to give generic advice. These characters were still good characters, but they really didn't add as much to the story as the other characters. The rest of the main cast was great. Ranja, a shifter who encounters Lirra, was a blast.

She had this charisma that you couldn't help but like. She was fun, funny, and interesting. Most of the scenes that she was in, she stole. She is one of those characters that you want to read more about. Vaddon was great as well. He really came across as concerned and worried about his daughter. This as made all the more impressive his reaction to what happens with her. The internal struggle he was facing after Lirra was 'corrupted' by the symbiont was almost tangible. Elidyr was just great. At first, I wasn't sure if I liked him, mostly because early on he kept sending mixed messages about his character and who he is.

However, after being touched by the daelkyr lord, he becomes fun. His insanity and the way he acts just made me like him. To me, a great villain is someone who is fun while being menacing.